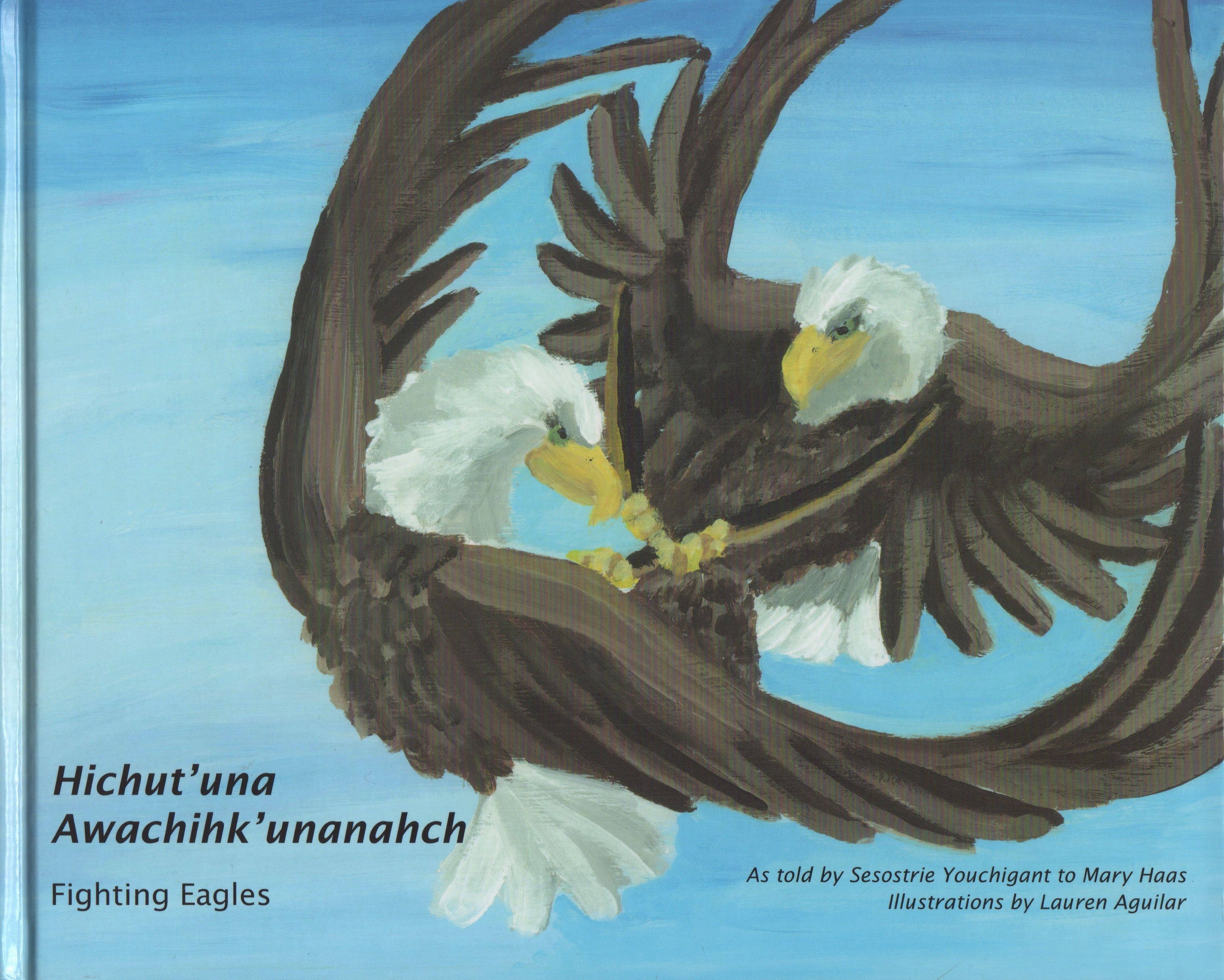 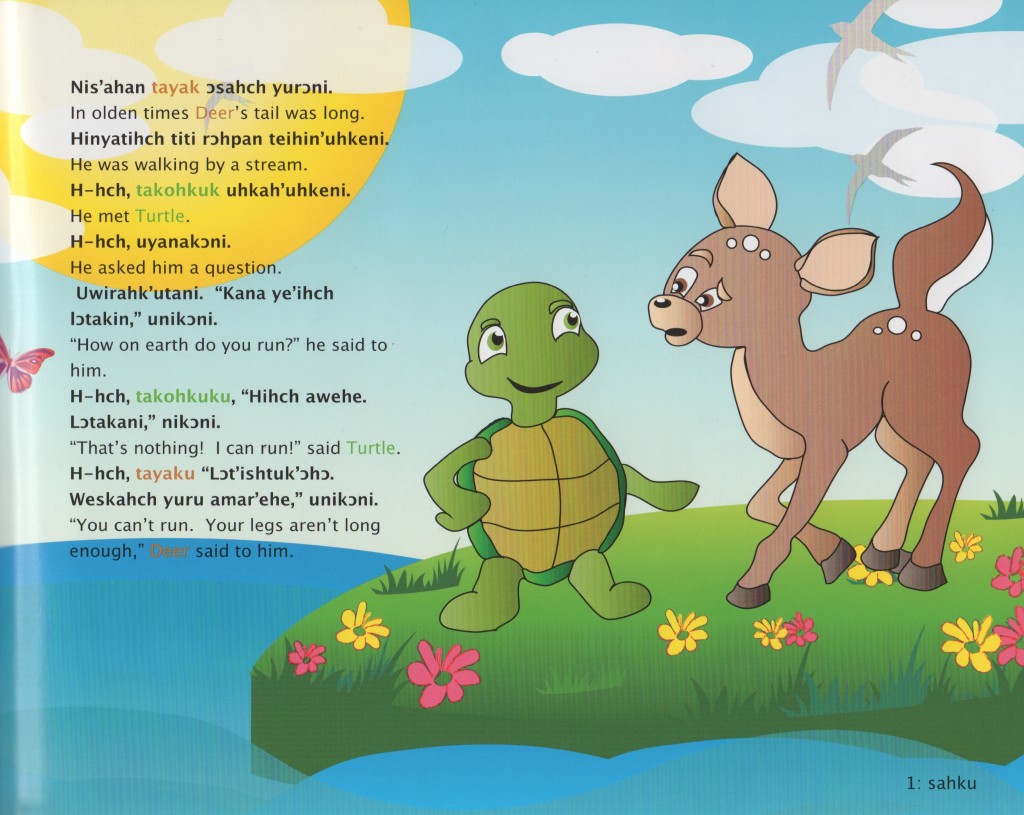 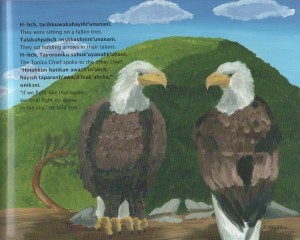 The texts are based on remembered tales that Sesostrie Youchigant shared with linguist Mary Haas in the 1930s. Youchigant, the last known, recorded speaker of the Tunica Language, was elected Chief in 1911 and led the Tunica until 1921. Haas published these stories in Tunica Texts (1950), since out of print. The Tunica Language Project has been granted permission by the University of California Press to use these materials for their children’s books. 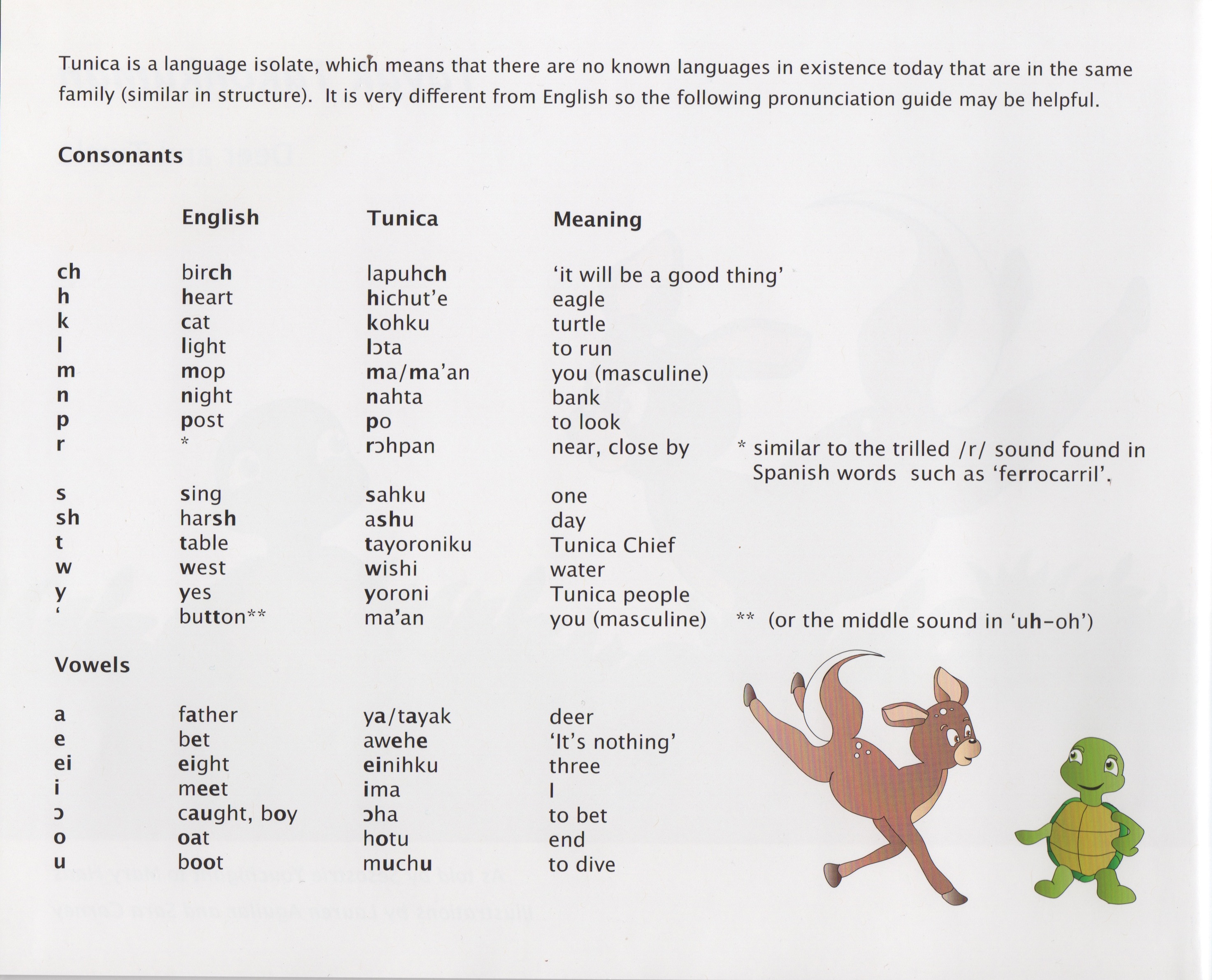 Pronunciation key provided in the text. 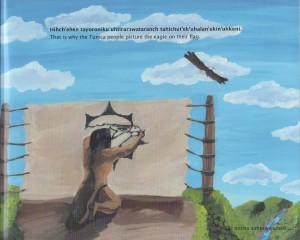 The book was presented to the tribe in May of 2011 at the annual Pow-Wow on the reservation. A public reading was held in which two tribal elders (one from the Marksville band and one from the Houston band) read the Tunica texts aloud, while two children read the English translation. All tribal members received copies of the book, with 650 copies distributed in total. A second book, containing three more of Sesostrie’s stories, is finished and awaits publication.