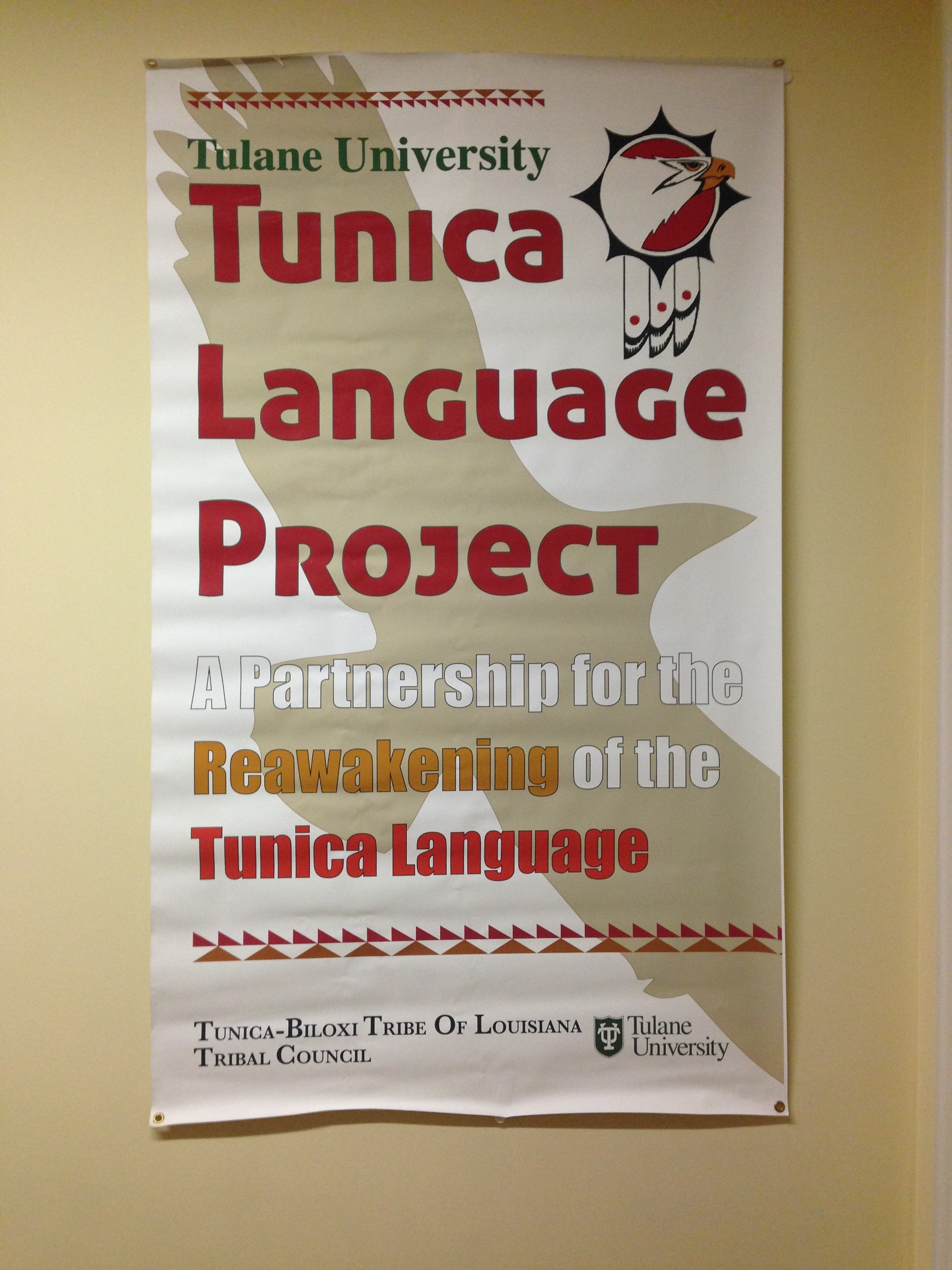 Welcome to the online home of the Tunica Language Project! This website details the collaboration between the Tunica-Biloxi Tribe of Louisiana and Tulane University.

Lapuhch! (Tunica for “It would be a good thing!”)